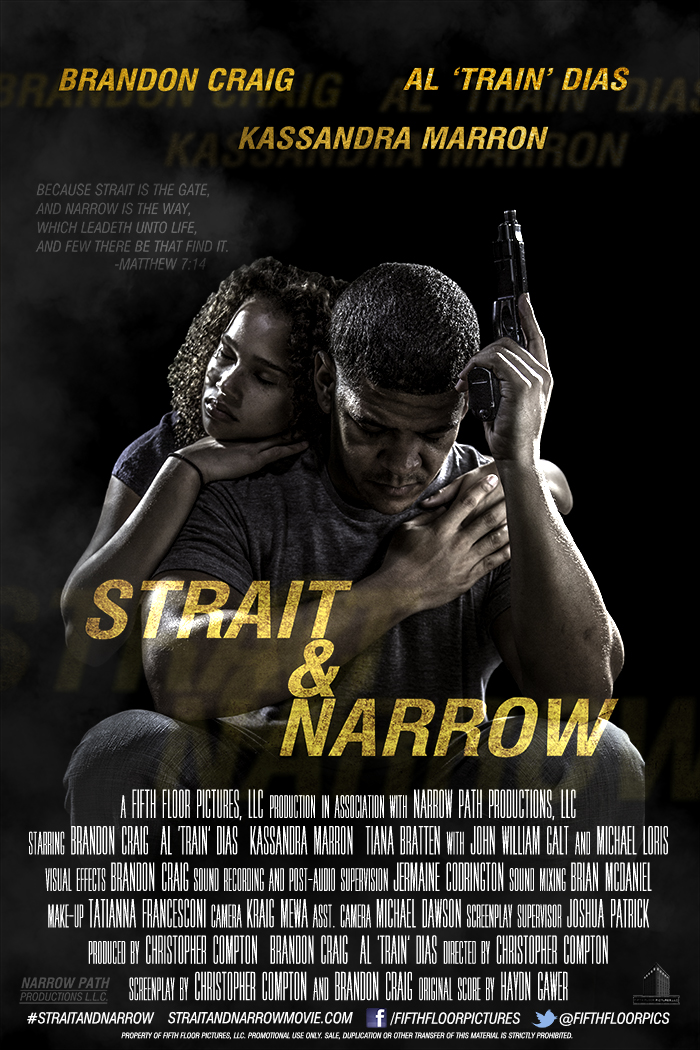 Andre Caissy, Ex-Force Recon Marine and father of an ill daughter, must confront his morality when backed into a corner.

ANDRE CAISSY is a highly decorated former Force Recon Marine  a legend on the battlefield! Honorably Discharged to civilian life in Dallas, Andre’s only mission now is to do everything he can to see his daughter, LISA CAISSY, is treated back to health as she lay ill in the hospital. The events of one fateful day disrupt Andre’s seemingly well-laid plans, plotting a course for a new mission! All hope seems lost when from the darkest corner imaginable emerges a well connected, silver-tongued man, known only as LARRY, offering Andre a hand, putting Andre’s vow to live life on the STRAIT & NARROW for his daughter, to the test!

Charged with watching a woman, EVITA FERNANDEZ, for ANTONIO MONTOYA DE SOUZA, a retiring crime-lord from Chicago, Andre immediately senses something wrong with the whole ordeal and it doesn’t take long for Andre’s moral compass to point toward righting the ship! MIGUEL, De Souza’s vicious right-hand, repeatedly tries to quell Andre’s defiance, but to no avail until a weakness is finally discovered!

Years removed from the harsh, unforgiving battlefields of Iraq and Afghanistan, Andre now wages THE WAR of his life against the savage Miguel! But, De Souza has other plans for Andre.